Taking Students on a Journey to El Yunque

As the developers of Journey to El Yunque, we have taken a different approach to the process of designing a science curriculum. Rather than start with a specific set of concepts or skills to target as learning outcomes, we started by identifying a specific community of practice to which we sought to connect students. Researchers in the El Yunque rainforest in Puerto Rico have been studying the impact of hurricanes on ecosystem dynamics and have been modeling what the long-term impact would be if changes to the global climate increase the frequency of severe hurricanes. Therefore, hurricane impact became the focal phenomenon for the unit. We modeled the process of investigating hurricane impact after the long-term ecological research practices of researchers in El Yunque. Students begin by investigating the long-term impact of hurricanes on the producers in El Yunque. Next students investigate the long-term impact of hurricanes on various consumers in the rainforest. Finally, students investigate how hurricanes impact the cycling of resources directly as well as indirectly through changes in organisms’ use of those resources in the rainforest. A central tension in the design process is how to coherently represent the spatial relationships between the components of the ecosystem and the temporal dynamics of the individual components. In this paper, we present the evolution of the program as we sought to balance that design tension and build an environment that connects students to the central phenomenon and practices of the community of researchers in El Yunque. 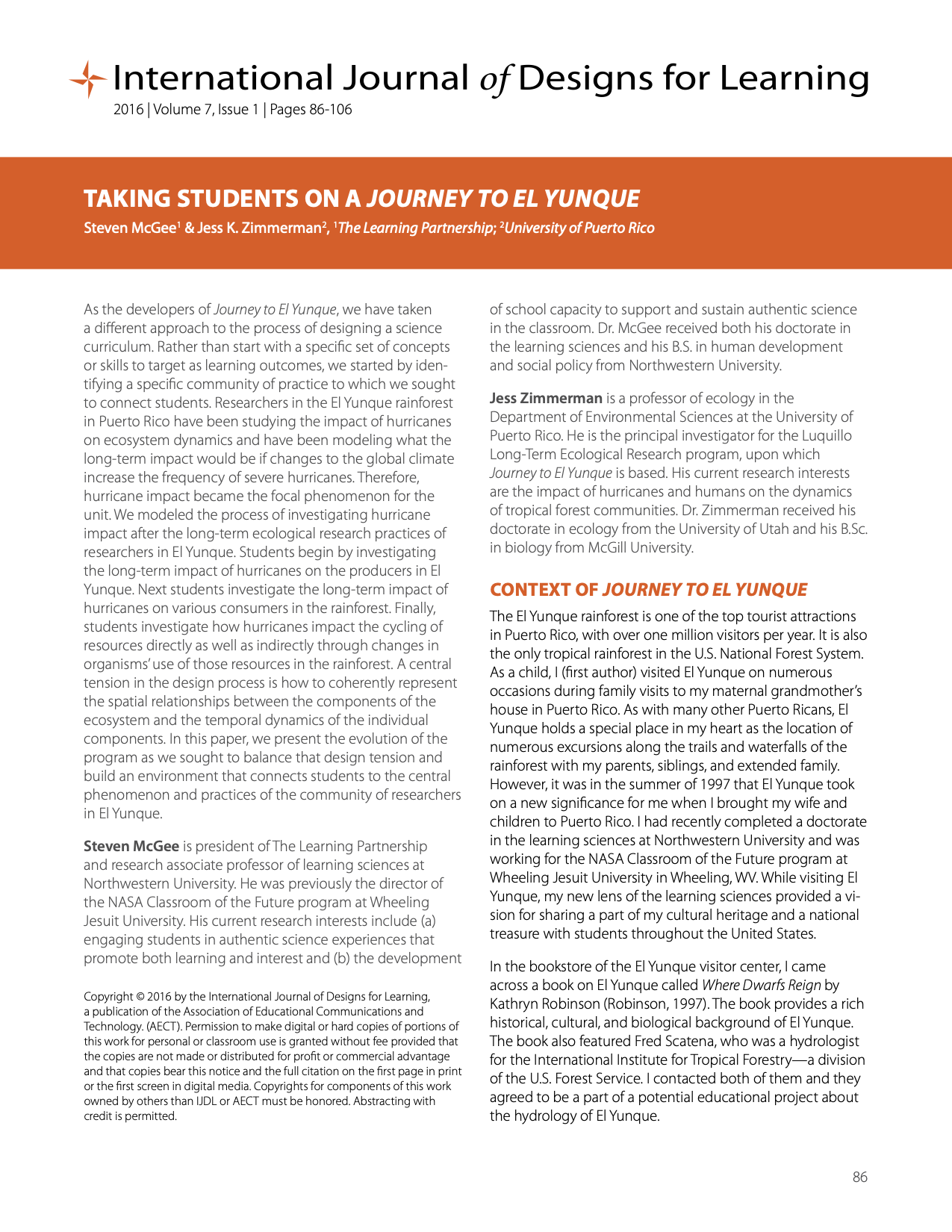 International Journal of Designs for Learning

Thanks for subscribing! Please check your email for further instructions.

Something went wrong. Please check your entries and try again.